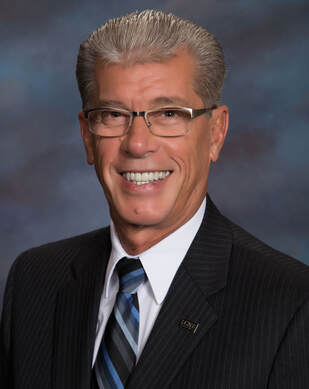 The Lonnie Schear Memorial Scholarship Fund has been established at the Warren County Foundation with a lead major gift from LCNB National Bank. The LCNB gift includes an initial gift of $25,000 to establish the Fund and an additional $25,000 as a matching gift, matching additional contributions dollar for dollar to the Fund. The annual scholarships will be presented to graduating seniors from Waynesville High School.

Lonnie Schear died tragically in a car accident earlier this year. He was a longtime member of the LCNB management team and very active in the Waynesville community. Lonnie served for many years on the Foundation’s Development Committee.

Lonnie graduated from Waynesville High School in 1967. He was a member of the first WHS football team. He received many honors for his participation in the HS Choir and HS Musicals. He served in the United States Marine Corp during the Vietnam War, resulting in a lifetime of patriotism.

Community minded, Lonnie devoted much of his time and effort to many civic organizations. He served on the Wayne Township Fire Department for over 30 years. Lonnie was a long-time member of the Waynesville Area Chamber of Commerce, serving as President for two years and Treasurer for 15 years. Lonnie also worked hard on the Annual Sauerkraut Festival, where he served as Chair in 1988, 2016 and 2019, an we worked behind the scenes all other years. He was a huge advocate of all aspects of Wayne Local Schools.

As a result of his service to the community, he was awarded Waynesville Area Chamber of Commerce, Business Person of the Year in 1999. Then in 2016, Lonnie received the well-deserved Waynesville Lions Club, Citizen of the Year Award.

The Lonnie Schear Memorial Scholarship Fund will recognize graduating Seniors from Waynesville High School for their overall achievements. They will be evaluated by the Selection Committee based on five categories: Personal, Accomplishments, Goals, Community Impact, and Extras. Family, friends, LCNB associates, Waynesville community members and others will have an opportunity to contribute to the Scholarship Fund.